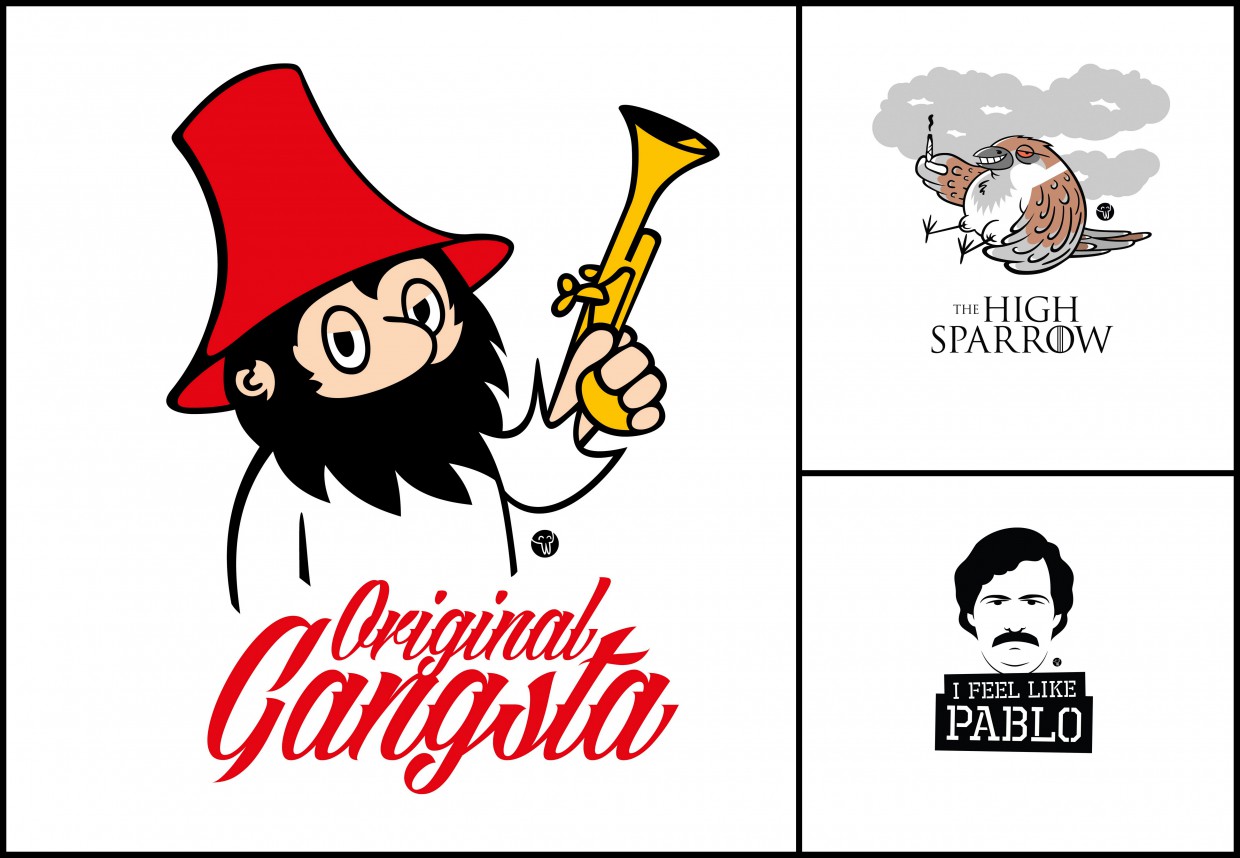 Let us introduce you one of our brands - Werynajs https://liveheroes.com/en/brand/werynajs  - Polish graphic, whose designs combined a bit of humor with pop culture. We talked with him about his creation, passion and also what would he advise beginners artists who are afraid of being criticized.

Your works combine motifs taken from pop culture and everyday life. How do you join them together? Is it down to the technique or intuition?

I think it’s my character. There is no special technique. I am never serious by nature, even in serious situations I can’t stop myself from joking and talking. As they say, it is my gift and my curse ;) But let’s be clear, I don’t feel very special or unique, it’s all about the fact that I have the will to give those connections a coherent external form.

Is graphic design your hobby or job?

Graphic design is my hobby which has become my job. This makes me really happy, as this type of work is not tiring in the same way as traditional work. Even if I need to spend more time on something than the typical 8 working hours. Even though I work and earn money this way, I still don’t feel like a real graphic designer. I think that that title is more suited to people with an amazing range of skills, able to draw beautifully, to paint, or at least who have completed some relevant education. I am a self-taught observer, I always aspire to improve my skills, have lots of ideas and a working computer. Indeed, when I think about a new design, I can see how it should look in my head, but often what ends up on paper is not at all what it was a minute earlier in my head. But I am trying, I really am trying :)

Why did you decide to join our artists?

I was invited, which is always very flattering. I am quite gullible, so it was sufficient that you wrote a few nice words to me and I believed it all straight away, no questions asked ;) But on a more serious note, I work with several companies but I always pay attention to quality. I really don’t like junk and makeshift work. I have come across your clothing before, at design fairs in Kraków and Katowice I had a chance to see it, touch it and I liked it. I am also happy with the communication and transparency of the company-designer relationship, trust is a very important thing in business, and there are no vague areas here. 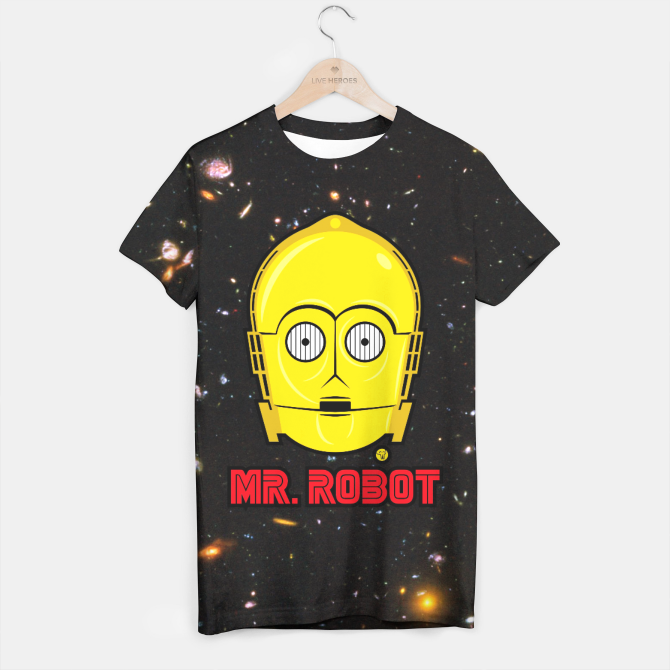 What are the benefits of working with Live Heroes?

Most of all, I can do what I like doing and earn money doing it. Many people in the world don’t like their jobs, many of them don’t have a choice, that’s why I consider myself lucky. Another important benefit is that you can see clearly that someone likes what you do. They don’t just like your photo, but also buy a piece of clothing decorated with your graphics and then show it off to their friends or in the media. It gives you a nice boost of self-esteem, which is very nice and motivating.

How did your adventure with graphic design begin?

I have been drawing all my life. Back in primary school I dreamed to become a car designer. I also sent drawings and short comic strips to some joke brochures, which were popular at that time. Unfortunately, later I moved away from visual arts and decided to do something different, seen as more rational. I went to university, got a job, then another. However, in the meantime, mainly because of my love for computers and my Internet addition, I slowly went back to graphic design and finally I decided that this is what I should and really want to do. I would like to be a decent illustrator one day, but we will see what happens.

Tell us show you create. Do you have any routine, specific time and place to create?

In my daily work it is very important to have some chocolate supplies in the drawer just in case. Otherwise, nothing special. I work from home. I get ideas in the strangest places and situations. I dreamed several of them, but I was only able to remember and write down just a few. I note down ideas in my phone, in a cloud app, to be able to access them anywhere. Most often I know straight away what it should look like. Later I get a piece of paper and a pen and just draw. Just an outline to start with, to determine what’s really important and what isn’t, then I add details in subsequent versions. Later I sit at my computer and make vectors. I make some designs fast but there are some that I need to dwell on for a few days, because something does not seem right. I pursue maximum readability and simplicity, everything should be aesthetic and specific, so I go over everything a hundred times. It is rare for me to be 100% satisfied. But a time comes when I say “Ok, whatever, I’m sending it”. Later, the market verifies everything ruthlessly anyway.

Your designs show a great sense of humour. Do you have a favourite, could you tell us something about it?

Sure, I have my favourite designs, but they are unfortunately not on offer. The designs I like the most, especially the ones which I’ve put the most artistic effort in, do not sell very well. I’m not sure what it is about, but I think it may be similar to when someone asks a famous musician for a hit single recipe. A real hit can’t be intentionally created, things either become a hit or not. So my favourite designs are usually on display for a while, and then are simply discarded onto a drive, in a very sad “withdrawn” folder. 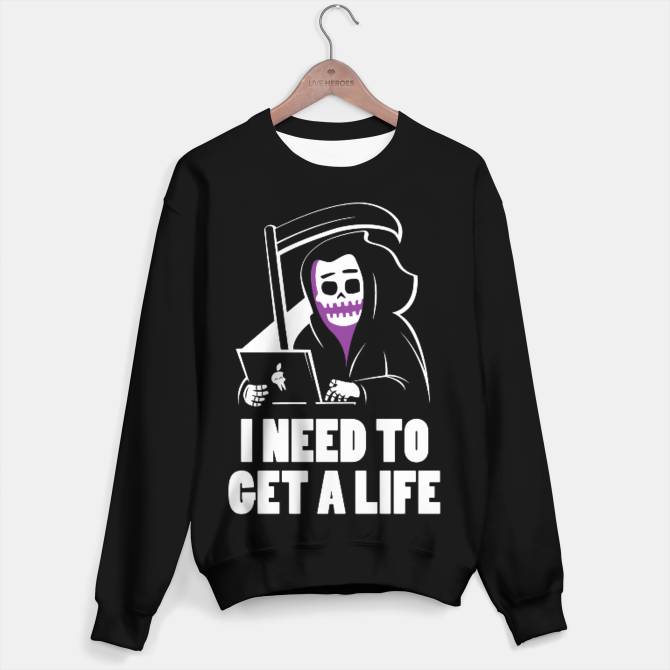 Many of your works show that you keep a healthy distance from reality. Can you share it with us? :)

This is a disputable matter. The boss at my previous job said one day that I would joke myself to death one day. There may be some truth to that. Personally I think that life simply shouldn’t be taken too seriously, because it doesn’t treat us seriously either. I also know that I go overboard sometimes. I really don’t like “sacredness”, not in a religious sense, but with regard to subjects which can’t be talked about, commented on or joked about. But I think only some distance and laughter can save us. Humanity always has the problem of being too serious. People around argue about little things, especially in the recent years widespread aggression is very noticeable. I don’t want to live like that, I choose this. I try not to engage in typical shitstorms, I don’t watch much news, I don’t get involved with politics. Fortunately, we now have such solutions as Spotify or Netflix, which I use frequently to isolate myself. I think that’s why I like the pop culture, as mentioned earlier. There is not a lot of radicalism in pop culture, there’s room for taking a breather and joking. For example, we know that Star Wars fans don’t necessarily like Star Trek fans and the other way round. But let’s be honest, that dislike doesn’t often take particularly aggressive forms.

What would your advice be to new artists who are afraid to start, are afraid of being criticized?

I guess what I keep telling myself on bad days. To keep working, to listen to feedback, but not to be afraid of it and not to be afraid to propose something personal, and to look for your own style. Even if something seems too banal or not very professional. Just keep trying because we never know what someone else may like. If you had told me 15 years ago that I would be doing what I’m doing, I honestly would have laughed. But now it would be hard for me to imagine a better job for myself. My worst enemy in my work has always been myself and my lack of belief in my own abilities. Fortunately, one day I was able to and decided to do something about it. According to a classic song: “Let’s keep doing our thing, it may lead to something – who knows?”.

Below you can see a short video showing Werynaj's place of work! Check it right now!